Some of my real world models

Less More
1 year 11 months ago - 1 year 11 months ago #5 by ProTrainz
Some of my real world models was created by ProTrainz
I've begun collecting, modifying and making O scale models. I currently don't have any room for a layout, but plan to eventually model a condensed version of the South Amboy, NJ area, in the mid 40's to mid 50's. This lets me use late steam, 1st gen diesels and electrics, and a mix of CNJ, PRR and Raritan River RR equipment.

Less More
9 months 3 weeks ago #53 by ProTrainz
Replied by ProTrainz on topic Some of my real world models
The Heavy Mike is still in the works. The RSD-4 is completed, with CNJ marker lights added. There's another GP9, which will probably end up as a CNJ, since it's got TMCC and the B&O one doesn't. The NW-2 and SW-900 are painted, along with recent additions of what is now a CNJ VO-1000 and a CNJ 15-44 in the original blue and tangerine. Currently I'm close to finishing a CNJ DRX-4-2000 which I built myself, and I have a set of 3 MP-54s, 2 of which need owl eyes added and PRR paint, and a rare set of Welz Metroliners. I'm also in the process of building a model of the ESSAY tower. If I find time, I'll see if I can get some pics up here. Most can already be found on the O Gauge Railroading website. 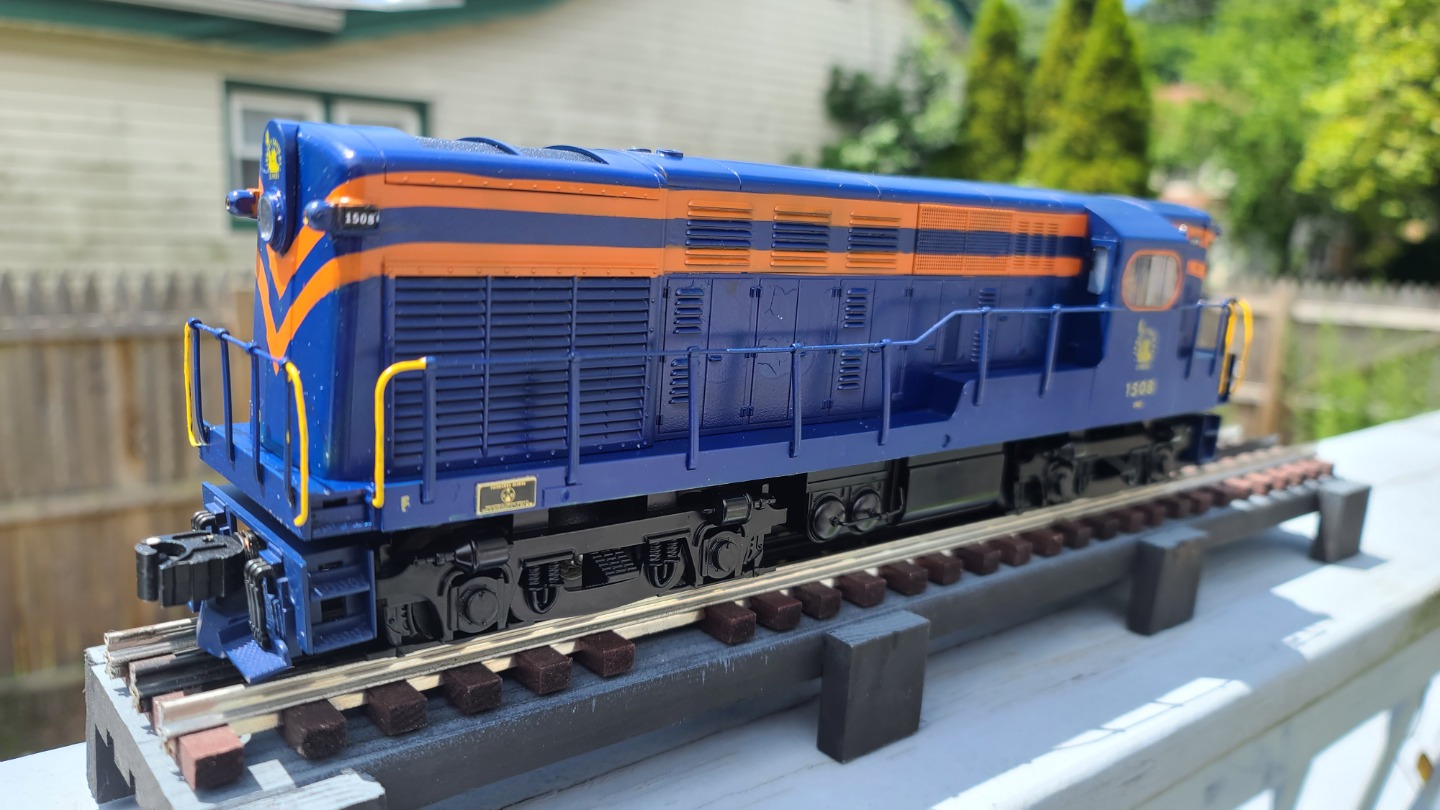 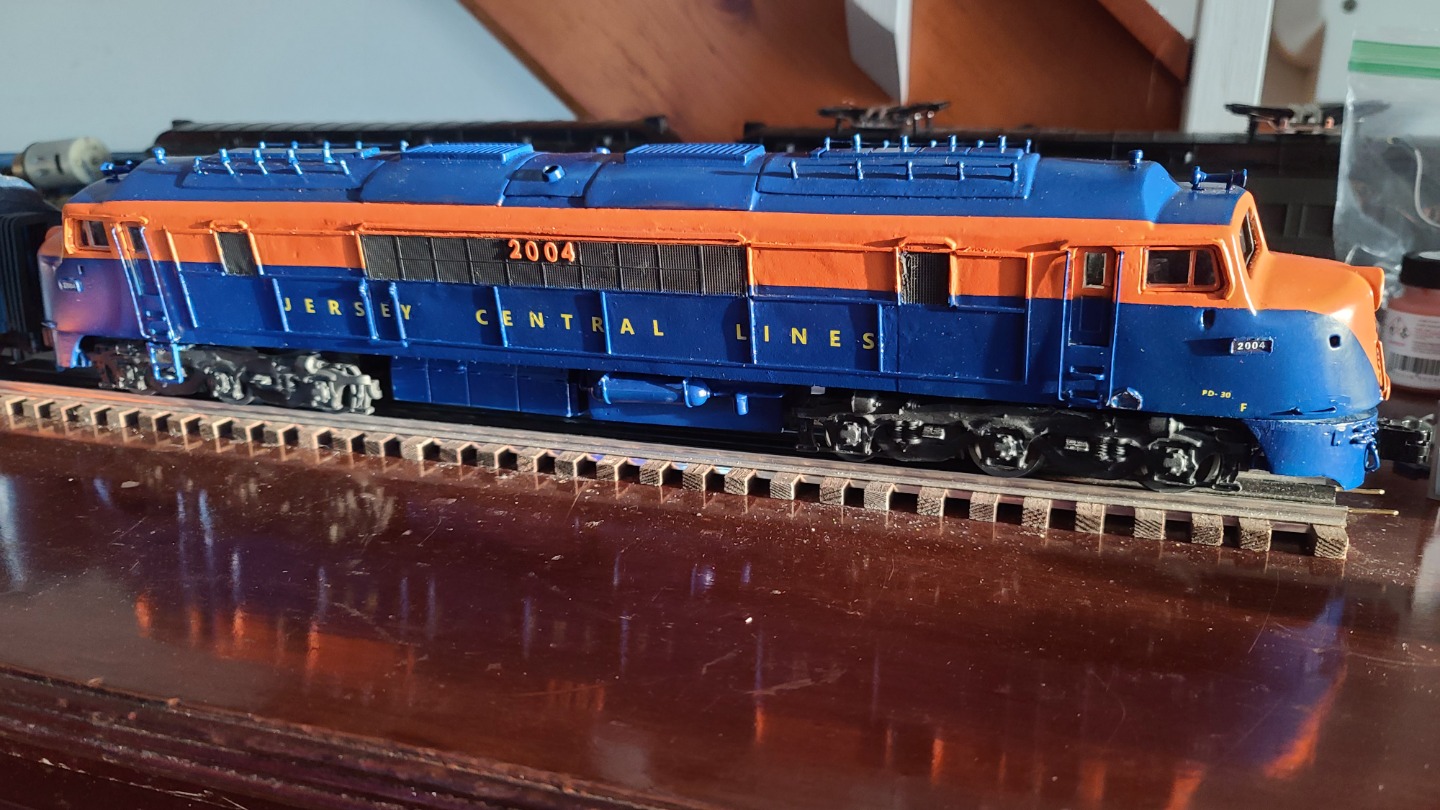 Less More
9 months 2 weeks ago - 9 months 2 weeks ago #61 by ProTrainz
Replied by ProTrainz on topic Some of my real world models
It's an operating O scale model. I 3D printed all of the roof, undercarriage details, pilots, side grill numbers, side doors, number boards, window frames and cab details. The rest of the shells were pieced together from various pieces of 2 Lionel centipede shells, and the undercarriage is from a Lionel PA-1, stretched 3" (or 12 scale feet). It's powered by the PA-1's original 2 can motors, and controlled by TMCC. This pic is an earlier one from before I mounted the LED marker lights, which can be either off, red or white. Cab pic below (obviously, there's 2, the "rear" one doesn't have a crew, or reverser handle). 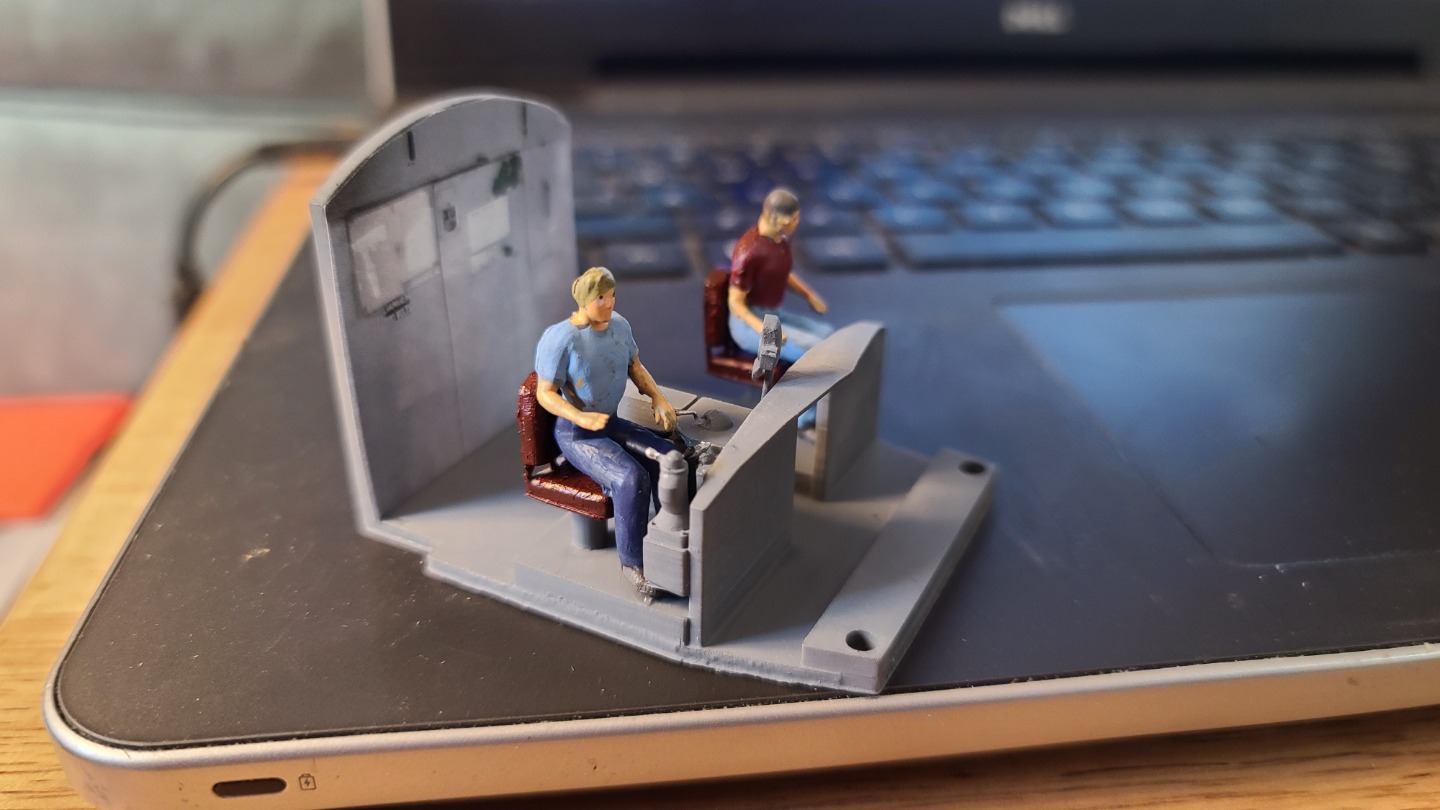